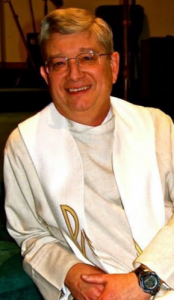 Glenn Randall Adkins passed away May 19, 2020 after a courageous battle with ALS, with loving support from his beloved family.

In addition to his father, he was also preceded in death by a son-in-law Joshua Collins and in-laws Lowell and Jeanette Dorsey.

A service celebrating Randy’s life and faith will be held at a later date.

In lieu of flowers, donations may be given to ALS Association (www.ALSA.org).

Rollins Funeral Home in Kenova, WV is assisting the Adkins family with the arrangements. Online condolences may be expressed at www.rollinsfh.com