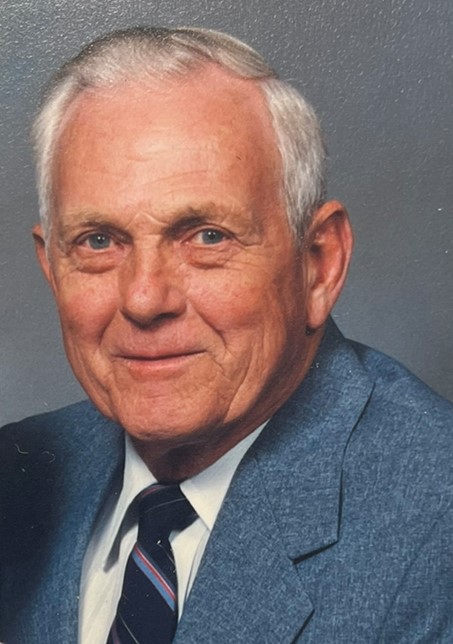 Carl Chadwick Jr. passed away at his home and was reunited with his wife Rosalie in their heavenly home on February 12, 2022. Services will be Friday, February 18, 2022 beginning at 1:00 p.m. at Rollins Funeral Home, Kenova with Pastor Mike Blankenship officiating. The family will receive friends two hours before the service. Burial will be in Cyrus Cemetery. Carl was born in Cyrus on January 6, 1929 a son of the late Carl Chadwick Sr. and Tressie Ray Chadwick. In addition to his parents he was preceded in death by his wife Rosalie Chadwick and their son Gary Dale Chadwick. He was a member of Madison Avenue Christian Church in Huntington. Carl spent 40 years touching the lives of students at Fort Gay and Ceredo-Kenova High Schools where he coached and taught. Not one to sit still he spent his free time in his garden. He took joy in watching things grow. His neighbors often benefited from his gardens excess when he delivered fresh fruits and vegetables to their doors. Another passion was fishing and he was always ready to go to Lake Erie. He was a man of many talents including carpentry which he used to build his as well as his daughter’s homes among others. Surviving family includes his daughter, Jeanette and Mike Billups of Kenova, one brother, Keith (Freda) Chadwick of Texas; two grandchildren, Aaron (Sochill) Billups and Allison (Ryan) Kazee; four great grandsons, Elijah, Blaine, Harrison and Brooks as well as several nieces and nephews. Carl’s family would like to express their thanks to his cousin Brenda Damron whose weekly “pizza party” visits in his last two years brought him such pleasure and company. The family would also like to thank his caretakers, Becky, Shirley, Jennifer, and Hannah who took such wonderful and loving care of Carl and the whole family. Memorial gifts may be made to Hospice of Huntington, who assisted with his care, at P.O. Box 464, Huntington, WV 25709. Online condolences may be expressed at www.rollinsfh.com.

One Reply to “Carl Chadwick Jr.”