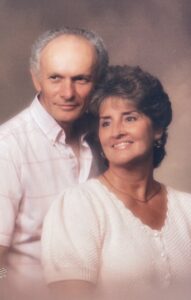 John Robert Workman, 78 years old went home to be with the Lord at his residence on April 27th 2021. Funeral service will be conducted 1:00 P.M. Saturday, May 1, 2021 at Rollins Funeral Home in Kenova with Pastor John McSweeney officiating. Interment will follow in Maple Hill Cemetery. He was born May 19th 1942. He was preceded in death by his parents William and Milford Workman, a son Jeffrey Dale Workman, a brother Roger Workman, a sister-in-law Dale Workman, and a nephew Ronnie Ray Workman. He is survived by his loving wife of 46 years Nell Workman, one brother Ronnie Workman, two sisters Ida Milum (Dave) and Sue Ward. A son Mark Workman (Kelley), two daughters Angela Barrett (Steve) and Debrah Tomblin; eight grandchildren Josh Workman (Ginger), Ben Workman, Kris Workman (Meg), Ethan and Caleb LeMaster, Dawn Simpson (Chris), Dakota Simpson (Danielle), Kasey Ward (Logan); seven great-grandchildren and three special nieces Brenda Damron, Chantelle Miller and Addisyn Miller. He was a member of the 20th Street Baptist Church in Kenova where he was an usher and the “candyman”. He was a member of the IBEW #317 local union for 55 years. He was so loved and will be greatly missed by all who knew him. Visitation will be from 11:00 A.M. until the time of the service at the funeral home. Rollins Funeral Home in Kenova is assisting the family. Online condolences may be expressed at rollinsfh.com.